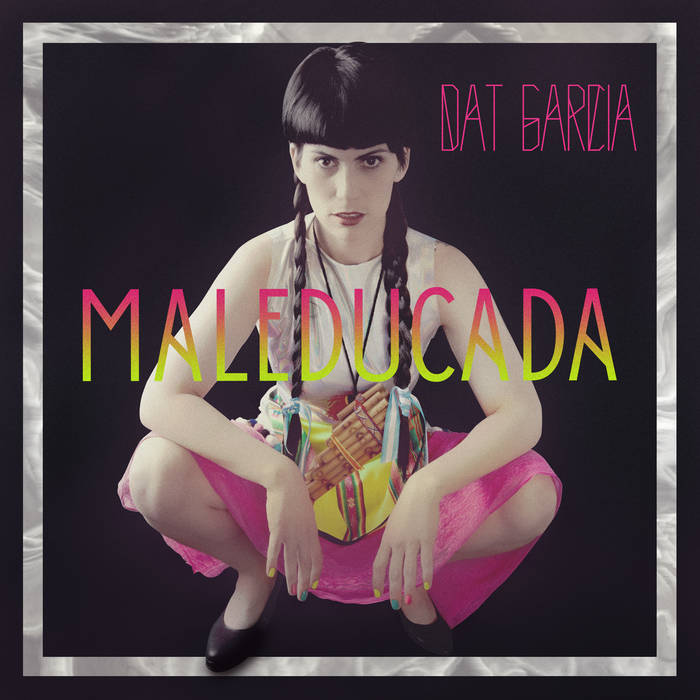 sergio altamirano maleducada is full of love ! for me is a kind of album that blow your mind! Dat is a tremendous artist! Favorite track: El Amor Me Entra en Sonidos.

Along the sun’s cosmic belt, the renewal of Argentine folktronics takes another twist: the movement - regional, continental and global - has emerged with a strong female presence in the Buenos Aires scene. Enter Dat García, one of the freshest and most captivating female artists out there right now. ZZK Records welcomes her to the family and invites you to listen to her 1st album, Maleducada (Un or poorly educated).

Maleducada is Dat’s way of expressing and exorcizing through song the bad emotional upbringing common among so many young people of her generation, the children of adults censored during the tough times of 1980s Argentina, when the military dictatorship silenced, oppressed and even murdered many of those dedicated to artistic or political expression. While women were brought up to be respectable housewives and good mothers, the youth of an empowered generation was born alongside democracy and today they walk the streets of Buenos Aires.

Dat is one of the spokeswomen and storytellers of the new women’s movement that questions traditional values and emphasizes body consciousness to construct a new more equal society.

“We weren’t taught to be free to feel, nor were we taught to eat well or look after our bodies. Researching this made me realize that we are emotional machines, and that can translate into health or disease,” says Dat, who during the production of the album went through a healing process to recover from a rare form of cancer, which motivated her investigation into the power of the emotional over the physiological and expression as healing therapy. That’s where Maleducada came from.

Dat García grew up in Monte Grande, on the outskirts of Buenos Aires, and from a young age she was involved in Argentine folklore music. In 2013, she immersed herself in digital music, opening up a world of tools for expressing her inner sounds, with the help of Pedro Canale aka Chancha Via Circuito. There, Dat started to flirt with the idea that styles ranging from chacarera to trip hop, sounds of synths, charango and flutes, could all be mixed together. Her powerful music is composed with lyrics that invite the listener into her world and a groove in which the timeless Latino folklore gene persists.

This is a golden age. While in 2006, Zizek was first a club night and then a sensation, ten years on ZZK is a combination of a school, a platform, a record label, and an audiovisual production company, bringing together voices and sounds for the digital generation. Dat dialogues with the panorama of new (and old) women’s voices in the region like Mariana Baraj, Sofía Viola, La Yegros, and also Juana Molina and Li Saumet. And at the same time, her work crosses over with the whole scene of this golden age, where producers are free to make the music they want, inspired by past traditions but always looking towards the future.

Dat forms part of this new generation of musicians who explore their roots, manifesting in new ideas, with new technologies. Dat has a timeless vision of what folklore is, one that speaks of a being and a feeling. “You don’t need to make music in an adobe hut in the middle of the Pampas to feel that it’s folklore. There’s a ton of stuff we do with a weight of tradition behind it that we don’t see. And a lot of it comes from everyday life, from emotion, from the feeling of the people.”

If up until now the digital folklore scene was almost exclusively a men’s club, Dat Garcia comes in to flip the switch and change the paradigm and make sure women’s voices are heard, telling powerful, profound stories that welcome us to her world of folkfuturist sounds and aesthetics.

ZZK Records is a homegrown record label and artist collective born out of the Zizek Club nights in Buenos Aires, Argentina.

Bandcamp Daily  your guide to the world of Bandcamp

Tropical and transportive tunes with guests Coco Maria and Anchorsong.